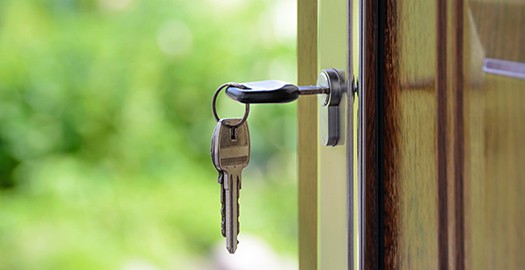 Moving house is a super exciting time for any person or family.

It can be a very stressful time though, with all the packing and moving and kids to look after. Often, little details can get forgotten and many people do not realise that even after they have moved in they still have some important tasks to undertake.

Most of us are so tired from the move that unpacking all the boxes and trying to recreate a normal routine is all we think about’ but what about ensuring the safety and security of our new home?

New research has found that a staggering 63 per cent of movers do not change the locks when moving into a new property.

The survey, by Direct Line, revealed that many people do not follow basic security measures to protect their own belongings.

More than 3.4 million households in the UK leave their spare key somewhere outside the house, with examples including under the doormat.

Further findings showed that over 70 per cent of those surveyed gave a spare key to a family member of relative; whilst 22 per cent gave a replacement key to a neighbour for safekeeping.

The results are said to be equivalent to inviting a burglar to break into your home.

So after you have hired your Removals firm, make sure you alter all the new home’s locks to keep those pesky thieves and criminals away.