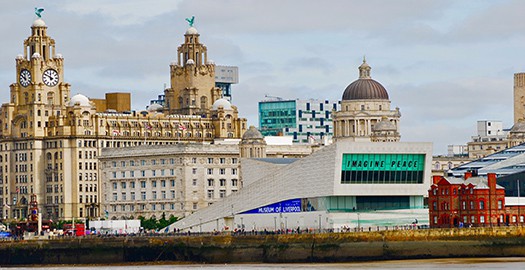 Maersk UK, the world’s biggest container shipping line, could start its’ services at the Port of Liverpool once the construction of the proposed £250m river quayside is completed.

The news was let slip by Maersk UK Chief Annemette Jepsen, in an interview with LDP Business.

Danish-owned Maersk is the world’s biggest container shipping line and its’ vessels dock at most other major UK and Irish ports.

Although Liverpool is the headquarters for Maersk Line UK & Ireland, its’ ships do not currently use the port.

It was emerged that Peel Ports Mersey is reinventing the previously shelved plans to build an in-river berth at Seaforth.

However, the revised plans will be much bigger than the original scheme.

The large double river berth would allow the new generation of jumbo container ships to dock in Liverpool.

Merseyside is served by five to six scheduled Maersk container trains a day that travel between Felixstowe to Stobart’s Mersey Multimodal Gateway scheme (3MG) in Widnes.

For over 100 years Robinsons Removals have been at the forefront of transporting, packing and shipping of antiques and fine furniture.

For the fastest, efficient and most secure global shipping service choose Robinsons International Removals as your shipping company.