Moving to Australia is easy

Last year, we helped more than 400 families move to Australia

You’ve made a huge decision – to leave the UK, move overseas and begin a new life on the other side of the world.

Sunny, temperate climate, unspoilt varied landscape with 16,000 miles of stunning coastline, the outdoor lifestyle, and not to mention that laid-back Aussie culture – in fact, you may be hard pushed to find reasons not to move to Australia from the UK. With over a million UK expat’s now calling it home, Australia is our most popular destination for our international customers; we moved over 400 families last year alone.

It is, however, a country famed for securing its borders with its no nonsense, rigorous immigration policy; the Australian governments’ border force strictly governing its quarantine legislation and customs policy. As such, shipping your worldly possessions to Australia, although exciting, can be a daunting prospect – so if you are like the majority of our customers, you’ll be looking for a removals company with expert local knowledge on the ground.

Your international move in 6 steps

To receive a quote, you can

Whether you plan on living in Australia for a year or becoming a permanent resident, you will want to receive your shipment as soon as possible – after all, it is our surroundings that make us feel at home.

Sea freight is the most cost-effective way to ship your personal effects door to door to more long-haul destinations, but you may be surprised to learn that an exclusive container could join you in Australia in just 8 weeks. If you are using Groupage or shared container shipping, this is slightly longer at 12 weeks.

Only pay for the service you need.

Depending on your requirements, our Move Assessor will visit you at home to discuss your exciting emigration plans and our moving services or we can work from a Video survey. We will assess the household goods you wish to transport and whether you will need storage services to create a house move plan with you. You’ll receive a bespoke removal quote within 48 hours.

The international moving costs can mount up, so we won’t group our services in standard packages, you save money as you won’t pay for services you don’t need. 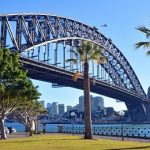 Sydney is one of the most popular destinations for UK Expats looking to relocate to Australia.

It’s not hard to understand why this might be the case. Sydney has great weather, with seasons, and it rarely gets below 9 degrees in the winter months, and rarely gets higher than 26 degrees during the summer.

Housing is generally more spacious than you’d get in the UK, and the majority of British expats choose to live in the suburbs surrounding Sydney. If you’re moving your whole family to Sydney then you’ll be pleased to hear that some of the best schools in Australia are situated in Sydney. The outdoor lifestyle in Australia certainly lends itself to a happy family life, you’re spoiled for choice with beaches and parks to let the kids run off excess energy.

If you’re a sports fan, then Australia itself has a fantastic track record for world class sporting teams and Sydney is home to Stadium Australia and the Sydney Cricket Ground, both world-class stadiums. 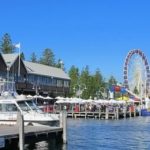 There is a large British Expat community settled in Perth, in fact, a third of the city’s population are expats, which is little surprise when you consider that Perth has more hours of sunshine per year than any other city in Australia and a continual coastline of white sand beaches.

Government employment incentives in Perth and a booming economy make it both a viable and attractive option for skilled expats. This is another reason behind the large expat population.

Completely surrounded by nature Perth is famous for being the most isolated city in the world. giving residents the best of both worlds, with all the luxuries, amenities and modern conveniences of city life encircled by the beautiful Western Australian countryside. 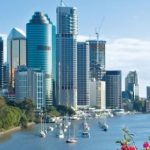 The capital of Queensland, Brisbane is Australia’s third most densely populated city, situated between the popular gold and sunshine coasts, with both just an hour away, Brisbane has excellent weather all year round.

Brisbane has an impressive local economy, in fact it is one of the strongest in Australia, with areas of significant growth in the manufacturing, IT, clean energy production, biotech and diagnostics industries. With skilled expats in these industries heavily sort after.

With high levels of tourism there is always something to do in and around Brisbane, including; the world’s largest Koala sanctuary, just 7.5 miles from Brisbane City, Streets beach in Brisbane’s world famous Southbank is Australia’s only inner-city, man made beach, as well as flourishing arts and music scenes, Brisbane has something for everyone. 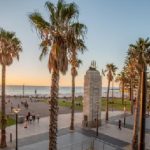 Blessed with a Mediterranean climate, Adelaide is famous for its wine making grapes. With low rainfall Adelaide is the perfect escape from the infamous British weather.

Adelaide is known as Australia’s Learning City and is one of Australia’s safest cities making it the perfect place to bring up a family.

The cost of living in Adelaide is considerably lower than other Australian cities, especially housing with the average house price being two thirds of the price in Melbourne and only half that of Sydney. The cost per square metre of buying an apartment in Adelaide is only 19% of the same cost in London, and rental prices in Adelaide are 152% lower than London making it an affordable option for expats looking to move to Australia. 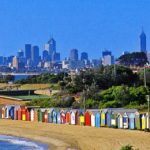 One of Australia’s oldest cities, Melbourne was built on the back of the Australian gold rush and quickly grew to one of the largest and richest cities in the world. Melbourne is still Australia’s fastest growing city, soon predicted to overtake Sydney as Australia’s largest city, Melbourne is a mecca for global business, as a result there are plenty of employment opportunities available.

Outside of work Melbourne is ranked the 2nd most livable city in the world according to The Economist, August 2019, it’s no surprise that Melbourne is extremely popular with expats. Ideal for keen surfers or new arrivals looking to take up the Australian pastime Melbourne is only a short drive from a number of world class surf beaches including the renowned Bells Beach. 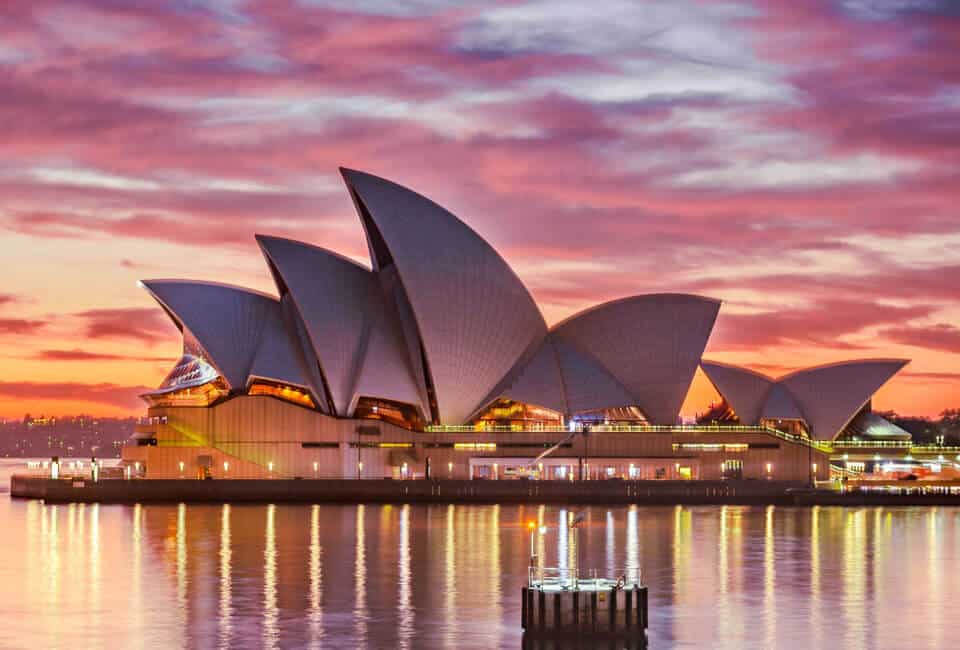 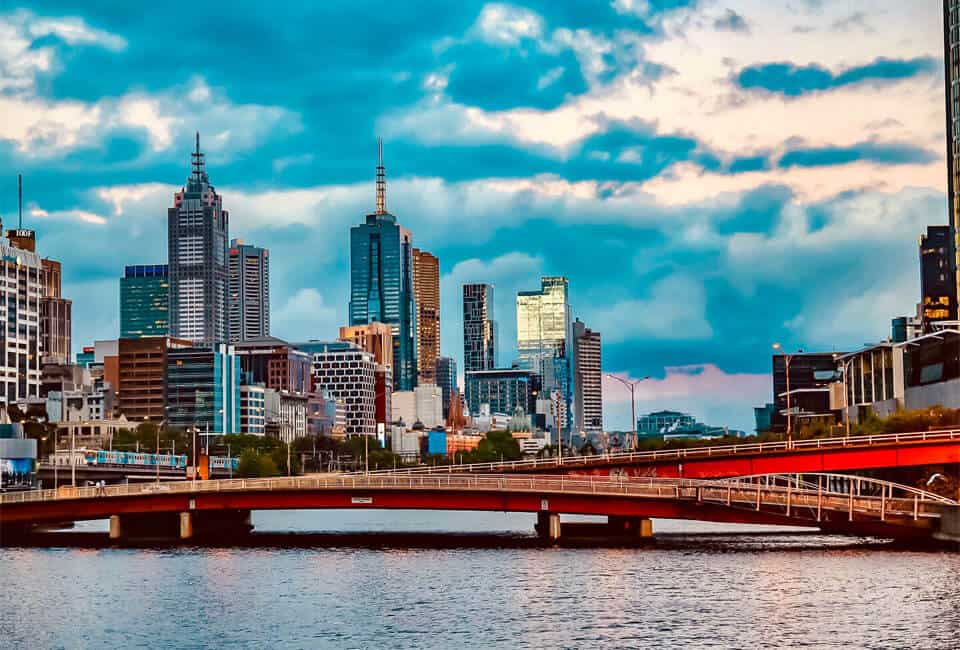 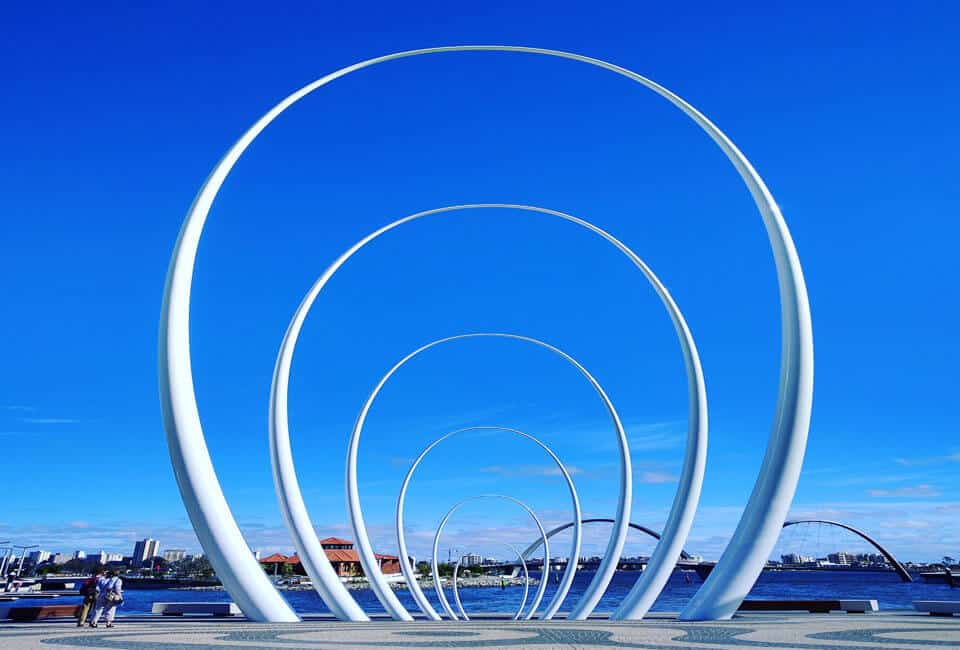 How Long Will It Take To Ship My Possessions To Australia?

We quote the following shipping times for popular destinations:

What Can I Do With The Things I Can’t Take To Australia?

As a result of Australia’s regulations, there are certain things that you may have to leave in the UK.  For a comprehensive summary, read the FIDI Customs Guide for Australia.

And if you can’t find a home for the items you must leave behind, don’t worry: Robinsons offer first-class, secure storage facilities.

Can I Move To Australia Without A Visa?

Unless you already have the Australian citizenship, it is important you secure the right visa before entering Australia. To get some guidance and help about the various types of visa available including their eligibility criteria, visit the Australian Department of Immigration website.

How Does The Australian Schooling System Work?

Choosing the right school for your children might be a minefield, so head to My School, a website designed to help parents and guardians find out relevant and up to date information about Australian schools.

Do I Need To Have Private Health Insurance In Australia?

Private healthcare is also widely available, and depending on your visa, private health insurance might be a compulsory requirement.

All moves to Australia are overseen by our expert International Removals team.