World’s Least Safe Places Not To See On Your Travels 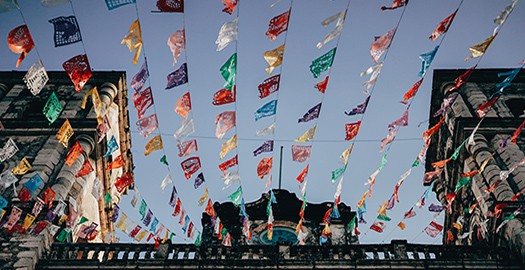 If you saw our blog post yesterday you would have read about a latest survey, from Sunshine (an online travel agency) that revealed the safest destinations in the world.

But what about the least safe hotspots?

It would be a disastrous situation to sell your house, store your belongings and go travelling to find yourself living in a crime-filled, drugs stuffed, and uncomfortable country.

So here are the top places in the world where travellers feel harmful, in danger and unprotected…

Although it ranks number 10 in the findings, it’s actually is one of the safest Caribbean destinations and is the second most popular hotspot in the Caribbean. Because it has so many visitors petty crime is a factor.

As with the Dominican Republic, it is a very popular tourist attraction with British travellers with over 2.5 million people visiting in 2010; therefore, opportunistic theft is common.

This country has made the list due to recent political unrest and protests.

Political upheaval may be a reason why Thailand is felt to be unsafe, but this is restricted to the Preah Vihear temple area on the Thai-Cambodian border, and four provinces on the Thai-Malaysian border. The popular destinations of Phuket, Koh Samui, other islands and mainland beach resorts are safe to travel to.

Jamaica actually saw a 13% increase in tourist numbers in summer 2010 but most crime is concentrated in specific areas – in this country’s case, it tends to be around the capital Kingston and inner-city neighbourhoods. Jamaica actually has a relatively low crime rate and large-scale resorts tend to have lots of security measures.

As one of the EU’s poorest countries, there are reports of over-charging and robberies, and English is not widely spoken.

South Africa’s crime rate is widely known and reported upon in the media e.g. the recent case of honeymooner Anni Dewani being robbed and shot. Many of these violent incidents mainly occur in townships and isolated areas, away from usual tourist destinations.

There is lots of news coverage about drug-related gang violence despite being a popular tourist destination for Brits. It is the only place where the Foreign and Commonwealth Office advises against travel in Ciudad Juárez, in the far north Mexico on the Texas border – hundreds of miles from its main attractions.

So if you need to store your belongings whilst you travel, probably not to any of these destinations, use Robinsons International Removals and storage services.