Safest Destinations In The World To See On Your Travels 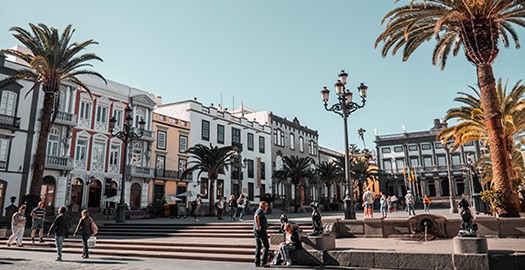 If you are planning to sell your house, store your belongings and go travelling this year then you are in luck because we have found the latest survey that shows the safest places in the world.

The findings by Sunshine, an online travel agency, have revealed the top 10 places that British travellers feel the safest in.

A country’s economic stability, crime figures and civil turmoil would maybe prevent us from visiting a destination, as they would affect how safe we feel.

But nearly 3000 surveyed holiday makers have showed that this may not necessarily be the case, based on holidays over the last three years.

This small, wealthy nation has one of the world’s highest personal and property safety records. Crime rates are low, healthcare is good, locals are multilingual and transport is efficient.

It’s clean, organised and English is widely spoken in this multilingual country. Civil unrest is almost unheard of.

This country’s alfresco lifestyle and exquisite cuisine makes it great for people of all ages and backgrounds. It is perfect for families, romantic breaks and backpacking trips.

1.3 million Brits visit Florida each year, so it is obviously safe.

Brits have always felt comfortable in Australia, as it is English speaking and easy to travel around. According to the Australian Bureau of Statistics, there were 5.9 million visitor arrivals during the year ended November 2010 and 540,800 were from the UK.

With holiday numbers in 2010 up 11 per cent from the UK, it is easy and quick to fly to and the streets are relatively deserted. It’s clean and orderly, pavements are well-lit at night and muggings are rare. Many locals speak English and like visitors.

UK travellers feel safe in New Zealand as it is relatively small, accessible and easy to travel around. There’s no language barrier, it has a stable economy and low crime rate.

This Mediterranean island is very popular with British holidaymakers as English speaking is widespread. It has the same driving customs (on the left hand side) which makes it appealing.

It is only a short plane; train and ferry ride away from the UK and is appealing to young families and couples as a romantic getaway. Further qualities include good food, landscape and cities.

About 15 million British tourists visit Spain each year. Hospitals and airports are modern and it’s just two hours away from Britain.

So if you need to store your belongings whilst you travel, use Robinsons International Removals and storage services.

Stay tuned for tomorrow’s post…on the worst safe places in the world.