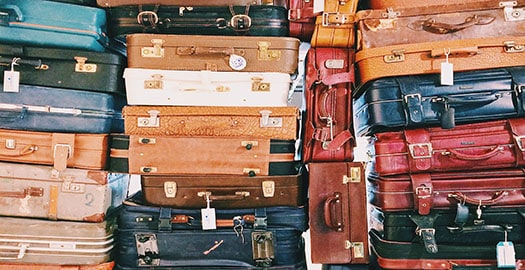 South Africa is a very popular country for people to relocate to from the UK. Back in 2007, it attracted more than 9,000 Britons but it is still very much an admired destination to move to.

However, if you are travelling to the country on a permanent basis there will be certain custom requirements which you need to adhere to.

Shipping to South Africa is a lengthy removal process; a full container load can take between 6-8 weeks for door-to-door transit time. And a shared container shipment, known as groupage, is much longer and can take up to 12 weeks door-to-door.

Emigrating to any country has its pitfalls and shipping to South Africa is no exception. Here is a guide to the procedure and the kind of items which should and should not be included.

Customs has its own special rule against all media technology. If you are shipping goods like photographic or broadcasting equipment, you need to declare them in the Customs red channel.

The shipment can be in transit for up to three months so don’t include unpreserved goods, food or liquids which may leak causing damage to other items. Avoid packing hazardous materials such as paint, matches, aerosol cans, gas canisters or other flammable materials such as wood, bricks, cement, rocks and soil of any type.

Further banned items consist of firearms and ammunition; plants of any kind; and corrosives and explosives.

If you are shipping your belongings to South Africa by air transportation, do not include the following goods: aerosols, batteries, explosives, fireworks, corrosives, perfume, pressurised or unpressurised cylinders/canisters and/or similar type containers, firearms and ammunition, radioactive material, paint, fuel and/or fuel tanks or other flammable items, etc.

If you are moving to the country for the first time, you can import one motor vehicle per family free of duty but you must get a letter of authority (LOA) issued by the South African Bureau of Standards (SABS). You also need an import permit issued by the department of trade and industry. No left hand drive vehicles purchased after 1st January 2000 will be allowed entry.

A feature of South African customs is that the owner of the shipment must be in the country before customs clearance can take place. Provided that this is the case, household goods and personal effects can be imported duty-free.

If this isn’t the first time that you are moving to South Africa, you must have been absent for an unbroken period of at least six months. To avoid paying duty and VAT, you need to prove that when you departed from South Africa that you had no intention of ever returning. You need to prove that all bank accounts were closed, that no property was kept and that you did in fact own and obtain permanent status in your country of origin.

At Robinsons, we are highly experienced in overseas removals and have a specialist dedicated international division on hand to advise you of everything you need to do, pack and fill in. We will look after your move from start to finish, right to your new South African front door!

For more tips and advice on South African Customs, check out the official government website here.