Settling into the expat culture 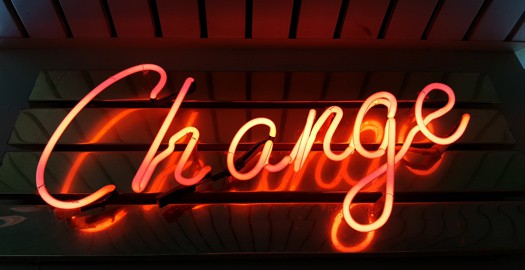 Taking on the expat lifestyle can be one of the most exciting points of your life, however it’s a big upheaval, and in many cases, it can take time to acclimatise to your new home environment. If you’ve opted to take the challenge and move overseas, you’ll want to make the move, and your settling in period as smooth as possible. Bearing that in mind, here are our top tips on settling into a new community as an expat.

Get to know neighbourhood

Once you’ve moved and found your ideal new home, it’s the perfect time to introduce yourself to the neighbourhood and get active with those around you. It’s likely you’ll see plenty of your neighbours whilst you’re away working as an expat, and that makes it the logical place to start when meeting new people. Call round with a bottle of wine, flowers or a small to introduce yourself. It’s likely they’ll be intrigued as to who their new neighbour is, so you’ll immediately be kicking off a mutually beneficial meet up. It’s the easiest way to get to know new people, and will make your new house feel more like home if you’re accepted into the local community.

Make the most of work relationships

If you’re heading to a new country with work to take up a new position with your company, the chances are that your fellow workers will take a genuine interest in you and go out of their way to welcome you. It might sound slightly crazy, but when your colleagues catch wind of a new member of the workforce heading in from another country, there’s often an element of ‘new kid at school’, where colleagues will fall over themselves to get to know you and ensure you feel welcomes in your new job, and in the new area. Make the most of it, and really make friends with your fellow staff; you’re likely to be spending a lot of time with these people, so it’s logical you start your relationship off with them strongly.

A new home and local area can be daunting, but should be seen as a time of excitement. For the first few weeks in your new home, you’re bound to have that holiday feeling, where you’ll want to try and get everything done. Make the most of your inquisitorial nature and get exploring for those first few weeks. It won’t take long for you to get your bearings, and once you begin to know the local areas you’ll begin to feel much more at home. Take advantage of one of your newfound friendships with a neighbour or colleague and head out with them to explore the area and get tips.

Break down the language barrier

Many countries that are popular with expats already speak the English language, but if you aren’t heading to somewhere like  the US or Australia, then you might have the additional challenge of learning a new language. It’s worth getting to grips with the basics as soon as you finalise your move, as the sooner you can begin picking up elements of the local lingo, the sooner you’ll settle and begin to feel at home. Even if you’re heading to an English speaking nation, it’s worth getting to grips with the local dialogues and sayings, as local British sayings won’t be recognised elsewhere in the world.

It’s likely that you’re heading abroad for a new challenge, so with a whole new area and culture to explore, you don’t want to be falling back into the same old routines you held in the UK. Whether it’s promising to yourself that you’ll explore the area, or making the most of the new climate to get out and exercise, make new routines that help you acclimatise quicker to your new home.

If you’ve finalised your intention to move abroad and take on the expat lifestyle, make sure you check out the international removals section of our website, you’ll have a lot to plan over the coming months, so put your mind at ease and leave this aspect of the move to the professionals.