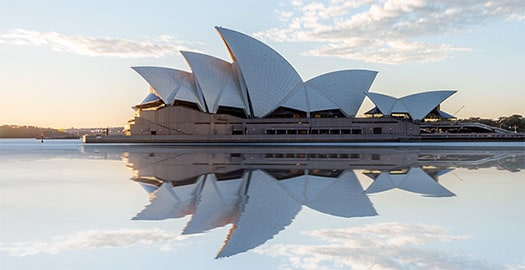 Moving halfway across the world isn’t always an easy process, but it sure is an exciting prospect. Whilst moving to Australia might not be as daunting as heading somewhere that requires you to learn a whole new language, there are still cultural changes that you’ll be forced to adapt to. We look at the top cultural quirks you’ll have to adjust to, upon arriving in Oz.

In the UK, we like things simple. Traditionally we like our drinks in pints, halves or bottles, and even the newer introductions such as the ‘chalice’ are just a fancy pint. Travel to Australia however, and you’re met with a bevy of different drink sizes, from the understandable to the downright bizarre. Whilst pints are still seen as a standard measurement for drinks down under, you’ll also be expected to gain an understanding of how large ‘pot’, ‘schooner’, ‘middy’, and ‘schmiddy’ sized drinks are. Whilst some of these sizes are only seen territorially and not nationwide, you’re still going to have to get to grips with the ranging sizes in your new local area.

The language might be the same, but don’t be alarmed when you hear the Aussies rattling off a mouthful of local slang. To make sure you don’t get caught out, get your head around these much used words and phrases. When you hit the beach in your board shorts and flip-flops, don’t be alarmed when a fellow beach goer compliments your thongs. Female underwear may be the first thing to spring to mind, but have peace of mind that you’re actually being complimented on your footwear choice. Another clothing item, ‘daks’ are the slang term for your trousers, so even if you don’t fancy speaking Aussie slang, just make sure you don’t get your clothing terms mixed up. The term ‘dunnie’ is something you’ll need when needing to search out the toilets, and don’t be afraid when you’re being referred to as a ‘Pom’ or ‘Pommie’ by the locals – it’s just a generally accepted slang for anyone English, no matter if they’re your friends or a stranger. If you want to learn more on Aussie slang try this list.

Be prepared for a change in seasons when heading across the world, as you’ll now be able to spend your January days basking in glorious sunshine. It might be a bit of a culture shock when you’re greeted with warmth on your first Christmas morning rather than with darkness and drizzle, but I’m sure you can handle a summer Christmas, even if it takes a little while to get used to.

Cost of living
Having recently spoken to an expat relative living in Australia who exclaimed how cheap London was for shopping, you can only begin to imagine what the cost of living is like down under. Be prepared for an expensive stay once you leave the UK. While you adjust to the comparatively expensive cost of everyday living in Oz, you may want to adopt a simple, non-flamboyant lifestyle, allowing you to get a grasp on your budgeting.

Even if you’re not competitive by nature, prepare yourself. Aussies are renowned when it comes to their competitive spirit, especially with sports. Once the locals find out you’re a ‘Pommie’, they’ll take every opportunity to gloat when they get one over on us. The best thing to do is to grow a strong sense of national pride and brush up on your sporting knowledge to return the favour. Make sure you keep a close eye on the cricket this winter, as the Australian locals will hate taking an Ashes beating on their home soil.

If you’re planning a move to Australia, make sure you get in touch with our International Removals Team!