World’s Cleanest Cities To Move To 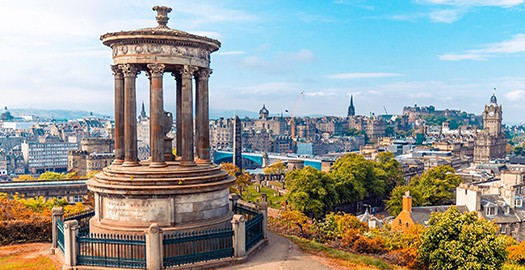 Are you thinking about selling and packing up and starting a new life somewhere?

If you are then you may be unsure about where to move to.

This top guide may help you in your important decision before you hire your International Removals team, as here are the cleanest cities in the world.

If it is a spic and span location you want to take up residence then you can choose from either Scotland or Canada- whatever you pick, these places are the best on the planet for pollution etc.

Keeping the city clean is very much a community affair and pride in Edinburgh. The number of volunteers helping to keep the Scottish capital litter-free has increased dramatically from 1,200 people to 5,000 at the latest count. Last year Edinburgh came first in the Keep Scotland Beautiful awards, which takes into account such things as the absence of litter, graffiti and dog poop.

Furthermore, the city is giving out thousands of mini cigarette bins to smokers to stump put cigarette butts on the streets.

Recently voted America’s cleanest city in 2010, Minneapolis has high hygienic credentials due to its clean ambassadors, who are on hand to deal with everything from blocked storm drains to wonky street signs. Last year, these neat freaks removed an impressive 350 tonnes of rubbish and erased 5,753 items of graffiti.

Oslo has an impressively hi-tech, futuristic approach to rubbish disposal. The homes of many residents are connected to a system of underground pneumatic pipes that simply suck away domestic rubbish. Oslo has abolished landfill sites, instead turning the energy generated from rubbish into electricity and heating for locals.

The city even has its very own city litter mascot which has its own annual day when members of a chosen charity, local authority and private company spend the day clearing up rubbish.

Singapore is one of the cleanest because of it stringent policies regarding littering, graffiti and spitting. It’s illegal to leave a public toilet un-flushed or drop litter in the city-state. People who ignore the law risk being made to pick up rubbish while wearing a tunic with the words “I’m a litterer.” They even have their own Clean and Green environmental song called Let’s Make Our World the Most Beautiful Home.

Dublin has won many awards for its cleanliness policies, including Best Kept Large Urban Centre. The Irish city employs official Anti-Litter Wardens who can impose fines and oversee the prosecution of offenders. There’s even a dedicated gum litter taskforce, and this year the city launched a Twitter Litter campaign where residents can post pictures of rubbish they spot online, which is then removed by the council.

Although at the centre of Canada’s petroleum industry it was nonetheless ranked as top eco-city in a Quality of Living survey in 2010 due to its waste removal, water quality and air pollution. The fines for littering in Calgary are some of the heftiest in the world; with up to £470 for throwing rubbish from cars and \$1,000 for dropping cigarette butts.

The city has a no tolerance approach to graffiti where business owners may have unwanted scrawls removed from their property free of charge.

The city’s graffiti hotline guarantees to remove any daubs reported within 24 hours and it is similar to the system in Oslo – rubbish is sucked away from residential properties down chutes and through a network of underground pipes. It was the first city to be named a Green City by the EU.

Philadelphia’s hi-tech, trash-compacting public rubbish bins munch their way through five times the amount of garbage contained by normal bins. When the bins reach full capacity an electronic message is sent to a central computer server that informs staff the bin is ready to be emptied.

Philadelphia has some of the prettiest rubbish trucks around thanks to local artists and student’s giving them a makeover. The city has won several awards from the Keep America Beautiful campaign.

In 2010 Truro beat 62 other UK towns and cities to take the gold prize in the British Cleaning Council’s Clean Britain Awards; it had already taken gold in 2007. As part of its front-line defences, it has a rapid response cleaning team who are constantly on hand to remove everything from dog poop to spilt food.

The council contacted each of the city’s nightclub owners and asked them to stop posting their flyers randomly, with impressive results in return for allocating certain walls where fly-posting was allowed. At the weekend Street Pastors patrol the city streets, calling in cleaning teams to remove broken glass and other rubbish and doling out free flip-flops to revellers who’ve ditched their high heels.