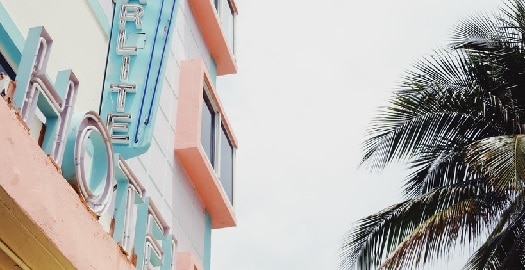 Many UK citizens dream about living in sun, sea and sand and uprooting their families across the pond to a brighter destination.

Something about a sunnier location improves the quality of life for parents and their children; with better schools, lifestyles and economies.

And it appears that the top hotspot for families to sell up, hire an International Removals firm and move to is Florida, in America.

Nicknamed the ‘Sunshine State’, it is reportedly attractive for families when moving abroad as a suitable destination for Brits willing to emigrate.

An expert as recommended the US state due to its resorts like Walt Disney World, which is the world’s largest vacation resort, Universal Studios, and SeaWorld.

Amanda lamb, A Place in the Sun television presenter, said: “You are obviously going to be able to attract families to places like that.”

Florida is a state in a tropical climate, a host to many forms of wildlife and is ranked 22nd in size among all 50 American states.

The United States Census Bureau confirmed that the state population was 18,801,310 in April 2010, ranking Florida as the fourth most populous state in the U.S.

So if you are thinking about moving your kids abroad to the sunshine state, use Robinsons International as your Removals firm.