The 10 Most Expensive Global Cities to Live In 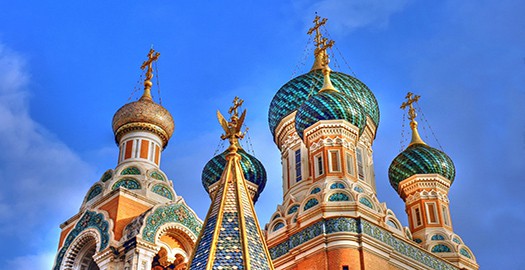 If you’ve ever dreamed of being a high-ranked executive on assignment in a foreign office, these ten cities are where that dream can become a reality. From historic American cities to East Asia’s impressive giant mega-cities, these ten global cities require deep pockets, a serious worth ethic, and a driving desire to get to the top.

Home to more billionaires that any other city, Moscow is Russia’s population and salary capital. Executives in the city are well compensated, and given Moscow’s patently ridiculous costs of living, they certainly need to be!

While food, entertainment, and most services are priced similarly to other Western cities, the cost of accommodation in Moscow makes it one of the most expensive cities in the world for expats. Central city housing is relatively limited, and executive-style apartments are often priced much higher than they would be in other European capitals.

Tokyo is the world’s biggest city, and it’s priced accordingly. While accommodation costs are relatively low on the city’s outskirts and supporting towns, the amount required to rent an apartment in central Shinjuku or Shibuya is staggering.

Fortunately, food can be found quite inexpensively in Tokyo. Ground floor restaurants typically charge a premium to catch tourists and executives unaware, but take the elevator upstairs and you’ll be greeted with inexpensive, delicious, and incredibly healthy Japanese food.

Home to almost 20 million people, Osaka is Japan’s second largest city and the country’s center of food and gourmet culture. Historically the business capital of Japan, Osaka is packed with opportunities for smooth businesspeople and would-be executives.

Unfortunately, it’s also priced similarly to its northeastern neighbor, Tokyo. While Osaka isn’t quite as expensive as the Japanese capital, it does demand some hefty living costs for expatriates and travelers.

Think of wealth and it’s likely that Switzerland will be the setting for your daydream. Renowned for finance, delicious luxury foods, and high-end watches, Switzerland is one of the world’s most expensive countries. With a host of international businesses, executives, and corporate centers, Geneva is one of the most globally connected and expensive cities on the planet.

Think you could afford to live there? Think again. Rent for small apartments and shared accommodation regularly reaches into multiple thousands of Euros monthly, making Geneva a rare sight on the backpacker or low-cost traveler’s itinerary.

Located just off the cost of southern Malaysia, Singapore is a nation that contrast with its Southeast Asian neighbors. Just across the causeway, budget shopping is available in Malaysia’s large urban centers. Unfortunately for Singapore residents, that same shopping is boosted in cost significantly due to the island state’s high living costs and salary levels.

In contrast to many other über-expensive destinations, Singapore offers a great level of choice for residents. Street-side restaurants and inexpensive eateries are everywhere, making this an expansive destination that can be made cheaper.

Hong Kong is the world’s capital of lights, skyscrapers, and stunning views. The dramatic island is remarkable in almost every aspect, from the height of its buildings right down to the rushed and busy nature of its population.

Evidently there’s reason for the never ending rush – living costs in Hong Kong are some of the highest in the world. Cursed by a severe lack of space – Hong Kong island measures just 1.3km from coast to mountain – the cost of housing in Hong Kong is truly scary. Small one-bedroom apartments are regularly priced almost five times as those across the border in neighbor city Shenzhen.

London is a fantastic city. Packed with great entertainment options, amazing restaurants, and some of the world’s most recognizable buildings, it’s the type of place that everyone aspires to spend time in at some point.

It’s also one of the most expensive, not just in the EU but in the world. When compared to other major capital cities, London charges ahead on everything from housing costs to the price of food. From £10 sandwiches to ultra-expensive micro-apartments, the cost of living in London is certainly off-putting, but it’s hard not to love the city anyway.

What’s this? The capital of what’s considered a third-world country in a top 10 list of expensive destinations? While China certainly isn’t renowned for expense, the contrast between its rural areas and east coast housing is quite apparent, particularly when looking at Shanghai.

This perma-polluted city is one of the most amazing in the world, from its extreme skyline to its extensive network of giant freeways and transport systems. Unfortunately, it’s priced accordingly. While most of mainland China is accessible to those on a thin budget, Shanghai is a city that requires deep pockets, some serious patience, and untouchable street-smarts.

No ‘expensive cities’ list would be complete without New York City. The biggest city in the United States, this Eastern Seaboard mega-city was once considered inexpensive by those residing in Los Angeles, San Francisco, and Seattle.

The fashion capital of Europe is also one of the continent’s most expensive destinations, especially for time-tight executives and businesspeople. Living costs in Milan have been steadily increasing over the last few years, and the city is now considered one of the most expensive in the world.

Of course, there’s plenty of high-end fun in Milan for those with a flexible budget. From designer boutiques and fashion shows to the beautiful architecture on offer, Italy’s northern city is big on charm, cost, and beauty.