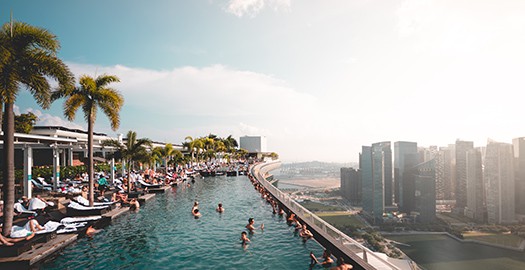 Singapore has edged out competition for the title of Asia’s Best City for Expats, a new report and survey from ECA International has shown. The Southeast Asian city has been a popular location for financial organizations and major multinational companies, largely due to its business-friendly tax policies and simple immigration processes.

Competitors for the title included Hong Kong, New Delhi, and Beijing, all of which were ruled out of the top spot due to poor air quality. While Hong Kong tends to rank highly amongst Asian expatriate locations due to its flexible tax code, the city’s air pollution and crowded infrastructure pushed it out of the top spot.

With a number of UK-based firms being affected by relatively high levels of taxation, office relocations to Asian business centres have become relatively common. Singapore’s tax code is accommodating and friendly to businesses, taxing corporate income progressively and capping personal income tax at 20%.

However, the potential costs of an international movers have put off many smaller companies. Large companies and multinational firms often have the budget to absorb establishing a foreign office, while many smaller businesses simply can’t justify the move. A variety of international removals firms operate in Southeast Asia, giving UK firms moderate expenses when making the cross-continent relocation.