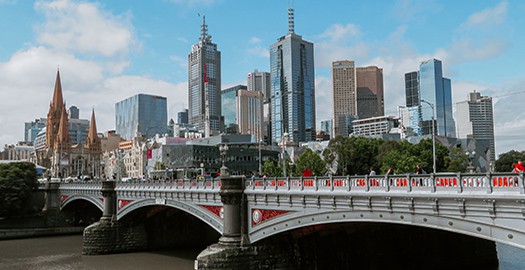 A published survey has revealed that Melbourne in Australia is the world’s most liveable city.

For almost a decade, Vancouver in Canada has held the title in the annual Global Liveability Survey but the latest results has found that Australia has now topped the list; so if you want to live in the best rated location in the world use Robinsons International’s expert removals to Australia services to transport all your belongings.

The cities were assessed on stability, healthcare, culture and environment, education and infrastructure; and Australia and Canadian cities dominated seven out of the top 10 spots.

The most liveable cities 2011 were;

As part of the survey by the Economist Intelligence Unit, 140 cities were surveyed. It said scores in Europe were down due to the Eurozone crisis which resulted in Athens, in Greece falling by 2.5%. The impact of the civil war in Libya has also decreased the liveability scores across the Middle East and North Africa. London in England ranked 53.

Australia reportedly recorded high due to relatively low crime rates and despite the rising costs of living, the cities offer a range of highly attractive factors.

Rest assured that your possessions are in reputable hands when using our container shipping services to move abroad; and be safe in the knowledge that whether you need shipping to New Zealand, Canada or Finland; the Robinsons shipping specialists can help.