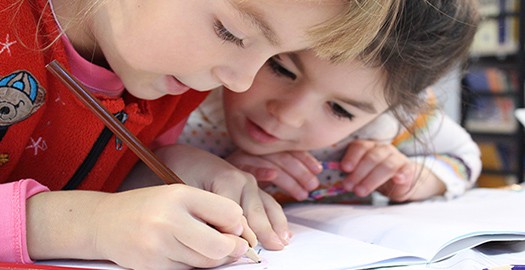 When parents are looking to buy a house to live in with their children, the top priority is to be near a good school according to a new survey.

A study by Santander Mortgages reveals that one in three homebuyers with young kids say moving to an area with a good school is their biggest concern.

Of prospective buyers with a child aged 10 years old or under, 37% put moving to an area with decent education as the greatest urgency.

So before you hire your home removals firm to relocate, scout the district to ensure it has reputable and suitable schooling.

Phil Cliff, a director of Santander Mortgages, said: “People are increasingly concerned about the value of a good education, and in some areas of the country there is a significant amount of competition for places at sought-after schools.”

The findings showed that many were willing to pay an extra £12,000 just to secure the home and school of their choice.

And the research found that homebuyers in the West Midlands were the most concerned about moving into a good catchment area, with 26% citing it is a major priority. Only 6% of buyers in the North East showed a particular interest.

For parents with older children aged 11 to 17, one in four surveyed named proximity to a good school as the main concern.

And the study suggested that women were much more worried about moving into a good area than men- so much so that they were willing to pay a £7,300 premium compared with £4,450 for men.

Phil Cliff, a director of Santander Mortgages, said: “People are increasingly concerned about the value of a good education, and in some areas of the country there is a significant amount of competition for places at sought-after schools.

Cliff added: “This has led to many parents trying to move to a particular area deliberately to improve their child’s chances of getting into their desired school. Some in-demand property features such as being located within the catchment area of a good school can increase the property value considerably.”

So when looking for a nice house that is located near a good school; use Robinsons International as your expert removals service.