Irish most reluctant to emigrate 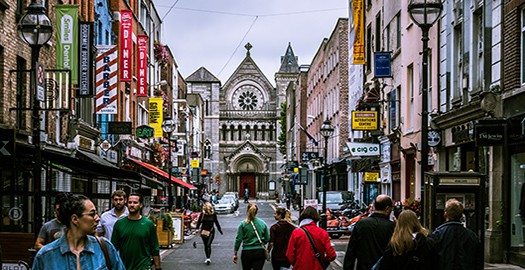 Irish people are now among the most reluctant in Europe to go abroad in search of work.

In fact, two in every three people said that if they lost their job they would not emigrate, even if the salary was substantially more than they had been earning.

However, around 15 per cent said that they are considering moving abroad while one in five said they could envisage leaving in the near future.

These results were released after the European Commission released the survey with a report on the rights of EU citizens to live and work in another country, with the proposals for unified rules on seasonal workers coming into the EU and for the intercompany transfers.

It looked into the main reasons the Irish would go abroad which were to find a job, improve their quality of life and discover something new and experience better social and health care.

And more than 20 per cent of those surveyed had worked outside of the country in the past, proving the Irish have the most experience when it comes to emigration.

Younger people said it was because they didn’t want to leave their friends while the older generation said that home is where they wanted to stay.

The only other countries that were less willing to move to another region or country to find a job if they were unemployed were Romanians, Bulgarians and the Portuguese.

The most mobile workers within the EU were the Danish, with more than half saying that they would like to work abroad, even if they had a job at home, while just 4 per cent of Italians would willingly leave their country.

Overall, the US was the preferred location, with Britain, Australia, Spain and Germany following shortly after. Ireland was the 15th most popular destination with 4 per cent saying they would consider a move there.

“Too few people are taking advantage of their right to work in another country,” said Employment Commissioner Laszlo Andor. “Worker mobility can help cut unemployment by matching people with jobs available. But there are still barriers and we hope to reduce them.”

Each year, thousands of migrant workers come to Europe to work in seasonal jobs such as agriculture and tourism. Many of them are illegal, brought in by criminal gangs who pay them a pittance and they have no legal rights.

Plans for a new directive establishes a simple entry procedure for such workers with a contract and defined salary for a limit of six months a year which would allow them to have social security rights such as pensions but would leave the number to be admitted up to each member state. Ireland may however opt out of this proposal.

If you are emigrating and need help with the shipping of your personal belongings visit Robinsons today, the international removals company who can safely send and deliver your belongings to your new home.