Half of homeowners are looking to move closer to their parents 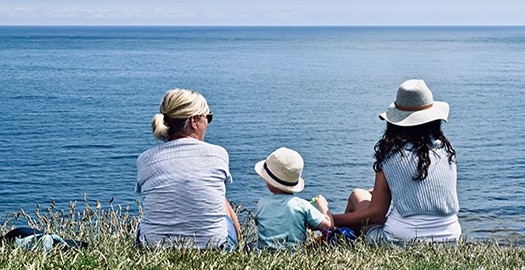 Homeowners are looking for homes closer to their Mum and Dad, according to a new study.

The research, completed by the Nationwide Building Society suggests that half of UK homeowners are moving to be on the same road as their parents.

On the contrary, two thirds of the respondents have a different view and would consider moving away from home to branch out from their family life.

Why are people choosing to stay closer to home?

This research shows comfort and familiarity are two of the main reasons why people stay close to home. Out of the respondents surveyed, people in the North (28%) are said to be more likely to live closer to home and are too comfortable to move. Yet 62% of people questioned revealed that they would consider leaving despite emotional considerations such as new surroundings or leaving their close friends and family.

However, the findings also suggested that people find it more important to consider their friends and family as opposed to thinking about themselves and moving to save money or develop a new career prospects. Out of those people that have moved for a new career (34%), it is evident that women are said to be more likely to move for work reasons.

As well as those living in the North West, people from Wales and the Midlands are also likely to stay in their childhood homeland, whereas those people in Northern Ireland and the South are likely to spread their wings and move away.

The study also revealed that 79% of those that moved away say they have no intention of ever moving back, while 63% of those that stayed nearby to their home say they would consider moving. This research proves that our emotions keep some of us tied down to areas that are more familiar showing that home really is where the heart is.

If you are planning on moving further afield or away from your home comforts, contact Robinsons for expert removal advice.