Get to grips with the weather as an expat 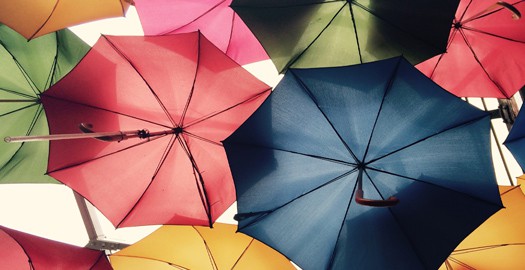 As the summer weather begins to kick in throughout the UK, we all head outside to make the most of the warmth. As much as we love the summer sun, however, it’s always a disappointment when after a week or two of heat, we’re plunged back into typical British weather with rain, wind and cloud. There are plenty of reasons to pack up your life and move it to another country, from jobs to family and even money. Whatever the original prompt is for relocating to another country, it’s always a bonus if your new home enjoys idyllic weather conditions. If you want the added bonus of moving to a new home with your perfect weather, here are our perfect options.

The perfect new home location for many looking to move, California has plenty to offer as a new home destination. Generally seen as the two biggest lures in the state are the cities of Los Angeles and San Fransisco, and although there is roughly a ten hour drive between the two, there are only slight differences when it comes to temperatures. Through the summer, the state of California is renowned for its blistering temperatures, and that’s certainly the case for the city of Los Angeles, which sees the mercury hit the mid-thirties in terms of Celsius over the hotter months, and with some of the continent’s most jaw-dropping beaches, it’s no surprise the area is a hotspot for tourists and international movers alike. With hot summers and winters that you can endure by simply throwing on jeans and a hoodie, you won’t have to endure the bitter cold months found in the UK and some of America’s more central states.

Reasonably warm summers and colder winters, with unpredictable changes spotted throughout the year. Sound familiar? Temperatures in mainland Europe can be consistent with those in the UK, however for Germany and other nearby countries like France, the summer months can be warmer and less prone to cold and wet spells. In terms of  winter , prolonged periods of frost or snow are rare. Rain falls throughout the year, however in very general terms, it isn’t as heavy as in the UK.

If you find that quality of life increases as the temperature rises, then the relaxed city of Sydney should be perfect as your new home. It’s worth remembering that the Aussie calendar is flipped from the UK norm you’ll be used to, with the summer months (December to February) being hot with an average temperature of 26°C and highs rising to above the 40°C mark. The winter season in Oz runs from June to August, when Sydney endures mild temperatures of between 14°C and 17°C. So if you want to experience winter temperatures akin to those of an English summer, Sydney and the majority of Australia are perfect for you.

Through summer, Beijing is generally hot and rainy, especially in July and August. These two months are the hottest in the year, however the hot and humid climate also means that rain is plentiful. In terms of bearable weather, the best months tend to be May and June, which although warm, aren’t overly hot and muggy, and their lower rainfall also make them much more comfortable months than July and August.

On the flip side, winter in Bejing is long and cold. Similarly to the UK, winter months lead to depressingly short days, where the night falls before 5pm. If you’re relocating to the area, which is one of the fastest growing business hotspots in the world, it’s worth noting that tourism levels can be quite high in the summer, whilst the winter months see a large drop off in visitors to the city.