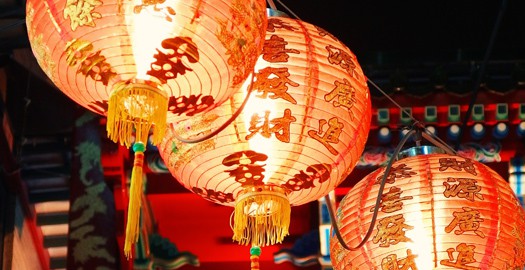 If you’re planning to cross to the other side of the globe, and the vastly growing destination of China is your potential new home, then we realise you’re probably under a lot of stress. The last thing you need to be worrying about upon arrival are some of the cultural changes you’ll have to acclimatise to. Don’t worry though, we’ve put together this handy list, to make sure you’re in the know before you even arrive in the world’s most populous country.

Crowds
We might as well start off by addressing the one thing you undoubtedly have to become accustomed to, which is people. You’re moving to the most populated country in the world, and if you’re settling down to city life, you can expect an experience of mad rushing and plenty of crowds. If you’re looking for a British comparison, then the only place that comes close in terms of hustle and bustle is London. Even though rush hour on the London underground is a mannerless and hectic time, it’s nothing compared to what will greet you in the likes of Guangzho, Bejing and Shanghai. In major Chinese cities many complain at the public’s non-existant sense of personal space, so don’t expect an orderly queue any time soon.

Food
You might not use them when you go to your local Chinese restaurant, however if you’re wanting to eat out in your new city, you’ll have to quickly grasp the technique of dining with chopsticks. In a Chinese family, something as simple as your child not being efficient with chopsticks can be a matter of great shame, so make sure you hone your skills before heading out to dine.

In the UK, we’ve seen major progression over recent years when it comes to attempting to drive down smoking numbers and the exposure to smoke in public places. In China however, smoking is seen as a masculine act, with very few seeing the act as a health threat. As a nation, there are 350 million Chinese smokers, and China produces 42% of the world’s cigarettes, so it’s no surprise to see people will smoking in restaurants with little or no regard for others.

In the UK and other Western countries, it’s expected that, whilst holding a conversation you’ll establish a reasonable amount of eye contact. This cultural quirk may seem a little strange to begin with and will undoubtedly be a tough one to overcome, as in China many locals make only minimal eye contact when in conversation. Whilst this might seem to be the height of rudeness in the UK, it’s something you’ll be expected to become accustomed to in your new city. Despite this, a lack of eye contact doesn’t mean a lack of interest, so bear in mind that just because you don’t have someone’s full focus, it doesn’t mean they aren’t listening.

If you’re planning a move to China, make sure you check out our international removals page before moving, or if you’ve already had a taste of the diverse country why not let us know of your experiences in the comments section below.