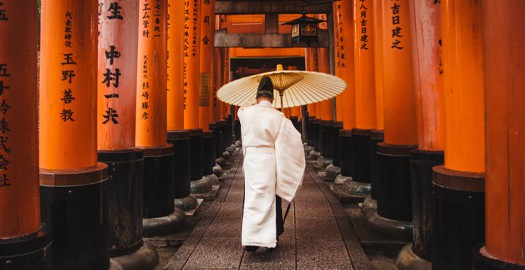 If you’re planning a big move all the way to the dizzying heights of Japan, we realise you probably have a lot to think about. The last thing you need to be thinking about is all the cultural differences you’ll need to acclimatise to.  Don’t worry though, as that is where we come in with this handy list of all the things you need to prepare yourself for.

Even though you might consider yourself a dab hand at using chopsticks now and then, living in Japan is a whole different ball game. Chopsticks will be usedin your new home nation as the basic method for eating morning, noon and night, so it may be worth getting a little practice before you get there, ready for any restaurants you may venture to. Fear not, however, as there is of course always the option to specifically request a knife, fork and spoon, just until you get into the swing of things.

While we’re on the subject of eating, you may notice a slight cultural shift when it comes to table manners. For example, while slurping away at your soup would be considered as the height of rudeness here in Britain, over in Japan nobody would bat an eyelid. Also, it may be customary to leave a tip in the UK but in Japan there is no tip culture present. Another difference in the system comes when some restaurants may immediately bring you appetizers which would incur an added charge to the table. Also, if you want to impress the locals then before eating say ‘Itadakimasu’, and follow it up by saying Gochiso samadeshita once you have finished your meal.

In practically all of the homes in Japan it is considered customary to remove you shoes when entering.  Sometimes people might be wearing slippers or room shoes but even then there are still rooms when these too should be removed. Although this may not ring too far from home for many of you to simply take of your shoes upon arrival, it may seem a little strange that this policy might also be present in the more traditional Japanese restaurants and even some businesses.

Although we Brits like to pride ourselves on our sometimes excessively polite manners, the Japanese often take this to a whole new level. Politeness in Japan can be seen often, for example they are well known as choosing to bow to one another over the use of a handshake. And if a handshake is employed, then it is most likely accompanied by a bow as well, as a sign of respect. Not only this but it is also a normal custom for the Japanese to bring a gift when visiting the home of another, and as its usually food this might be one of our favourite practices.

As much as we all try to be punctual here in the UK, we often find ourselves running a minute or two late. In Japan they take their punctuality and time keeping very seriously. This is never more evident than with The Japan Railway (JR) which is known for its incredibly slick and punctual schedules, to the point where if anything is delayed by even a minute, the whole system falls into disrepute. So, no more waiting around for tubes and buses that feel like they may never arrive. And if anything does go wrong, it is common place for trains to issue its passengers with late slips for their employers.

If you’re planning to take on the expat lifestyle, make sure you check out our dedicated international removals page.