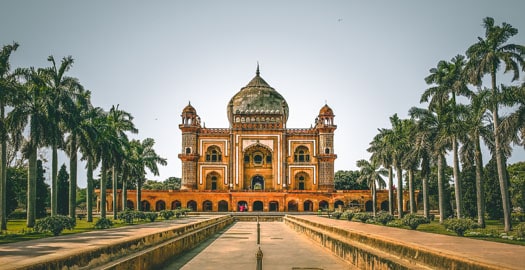 When people usually think of India it evokes connotations of a peaceful society with a rich culture, however there are also a number of other eye openers to be aware of. Therefore if you’re relocating across the world to India you need not worry as we have devised this handy list of things to expect when moving.

Although many think of India as a third world country it actually has a fast rising economy and it is this development of the country that has made it a far more attractive place for people to relocate. The rise in bars, restaurants and supermarkets has seen cities like Mumbai and Delhi become increasingly cosmopolitan. The influence of the west is also being felt with the rise in technological advancement as more people than ever have a mobile phone and computer.

Forget the spaghetti junction, Indian roads are absolute chaos! The notion in India is that big vehicles have the right of way over smaller ones, resulting in cars overtaking and undertaking wherever possible. Even a ride in a taxi will get your heart racing as you embark on an unregulated road trip experience. It’s not much fun as a pedestrian either due to the fact that you’ll have to brace the oncoming traffic.  The top tip here is to follow everyone else when crossing the road; drivers are savvy to this and will eventually stop.

Be sure to have your camera on hand as the refreshing thing about India is that a picturesque view is never far away. The scenery really is something to be admired and embodies everything great about India. From the raw beauty of the Indian Ocean to the rich rural heritage of the Indian countryside; you won’t be disappointed.

Whereas, home here in the UK we have a very depersonalised, individualistic society, India has a very close-knit communal culture. Generally speaking, India plays host to very intimate, friendly and curious individuals. This can be quite intimidating at first but you will soon adjust to the Indian way of life. Don’t feel threatened if people ask you very personal questions, in fact feel honoured as that person wants to know more about you!

Don’t point your feet at people

Just like pointing with your fingers in the west, it is considered to be very rude to point your feet at others. This might seem a weird concept for those relocating to India, but feet are considered unclean and therefore it is also important not to touch your feet with other objects, particularly books. If you should accidentally point your feet then the best practise is to apologise, this can be done by touching your head.