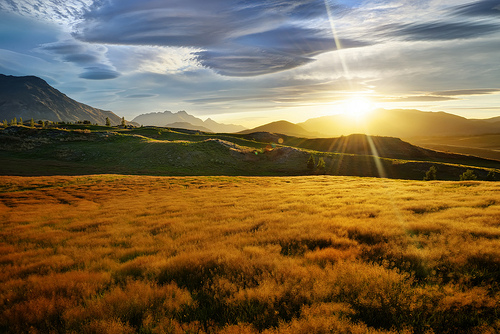 If you’re planning to cross to the other side of the globe, and New Zealand is your destination of choice, we realise you’re probably under a lot of pressure. The last thing you need to be worrying about upon arrival are some of the cultural changes you’ll have to acclimatise to. Don’t worry though, we’ve put together this handy list, to make sure you’re in the know before you even arrive in Kiwi-land.

Many of us assume, due to their close proximity, that the New Zealand accent is similar to that of their close neighbours the Aussies. Although it might sound similar to the untrained ear, you’ll soon pick up the differences when you arrive over in New Zealand. As a helpful hint before you head over, remember that the Aussie accent over pronounces vowel sounds, whilst Kiwi’s typically under pronounce the vowel. Once you’ve settled, understanding the locals shouldn’t be an issue, unless you encounter a local Maori.

No matter what English speaking country you visit or move to, you’re always going to need to pick up a bit of local dialogue if you want to understand everyday conversation between people. Here are our five phrases you might not yet be aware of:

Chilly bin – An integral part of any summer holiday, sporting event or gathering. The chilly bin is exactly what it sounds like, an ice cold container used to cool your beer and other drinks. Vital on those hot summer days.

Pakeha – It might be a word that originates from Maori, but Pakhea is used to this day for describing European settlers. Be prepared to have Pakhea brandished at you once the locals discover you’re from Europe.

Kia ora – In the UK, you might know the Kia Ora brand of soft drink, however the word once again originates from Maori, meaning hello. Whilst the majority of the two islands are English speakers, be prepared to hear this greeting voiced from time to time.

Bach (or batch) – Ideal for a week long break during the hottest months in your new land, bach is a simple holiday home at the beach. Although a bach is usually small and a bit shabby, it gets the job done for that mini-break by the sea.

Jandals – We call them flip flops, the Aussies call them thongs and the Kiwi’s call them jandals. Perfect for the beach or for a lazy day that doesn’t involve much walking.

Modern cinema now has the ability to computer generate any landscape and leave the viewer breath taken by scenery, so you could be forgiven for presuming that the Lord of the Rings films aren’t a true representation of the New Zealand landscape, however you’d be wrong to think that. With vast open countryside, sprawling lakes and beautiful hills, the landscape of your new homeland is truly as stunning as it appears on the big screen.

It might not be a particular point of interest if you plan to move to New Zealand, but it is true that the country’s livestock total is more than nine times that of its human population. This might not mean much to you, but with only around 4.5 million people residing in the country, you don’t have to worry about your new home being in an overcrowded and densely populated area.

You’ll probably realise this if you’ve done some background research on New Zealand when originally looking in to your move, but living rates are lofty in New Zealand. Some of the country’s largest cities such as Aukland have the highest housing prices in the country, however if you plan to locate your new home on the South Island, prices tend to be cheaper there, along with in other provincial areas. Other living costs vary, with fuel coming in at around a third of the cost in the UK, however charges for mobiles and network plans are higher.

If you’re an expat living in New Zealand, let us know how easily you settled after moving. If you are thinking of making the bold move, make sure you check out our special dedicated section on our website.