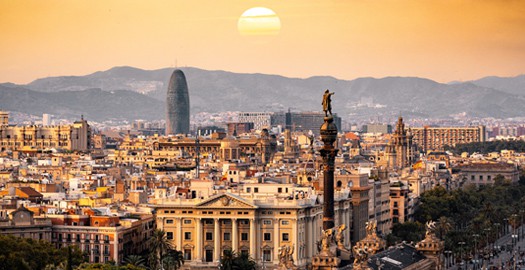 If you’re planning a new, laid back life on Spanish shores, we realise you’re probably under a lot of pressure. The last thing you need to be worrying about some of the cultural changes you’ll have to acclimatise to upon arrival. Don’t worry though, we’ve put together this handy list, to make sure you’re in the know before you even arrive in España.

It will infuriate you constantly upon moving, so will definitely need a while to become accustomed to the laid back attitude of Spain. The slow pace of work is not typically something found in the UK, where we work hard between the hours of 9am and 5pm. In Spain, this isn’t particularly the case – the pace of life is slow, workers seem to be in no rush to complete tasks and it becomes an incredibly tough process trying to complete the simplest of tasks. You’ll need a while to become accustomed to this, and it might infuriate you until you do.

You’ll undoubtedly head over to Spain knowing of the siesta culture. Everything shutting down for a couple of hours early afternoon to avoid the searing heat seems like a great idea, however it will definitely come as a bit of a shock when you have time to kill in the middle of the day. If you take the option of an afternoon nap, it’ll begin to wreak havoc with your sleeping pattern. Make sure you ease yourself in to your siesta routine, and before long, it’ll become second nature.

For most shops and even supermarkets Sunday is still a day of rest, meaning many places you’d try to visit will be closed. Forward planning is necessary here, as the last thing you need is to be left stranded and in need of a big food shop for the coming week of work, only to find all stores are closed. Make sure you get your errands run on a Saturday to ensure you aren’t left disappointed. Sunday is seen to be a very family-centric day, so even if you want to see friends, don’t be surprised if they have family commitments.

Whilst on UK shores, a polite queue is nothing to worry about and can often progress quickly, however the Spaniards don’t possess the same sense of tolerance for queuing. Although it would be classed as the height of rudeness to push in a queue in Britain, don’t be surprised that the locals will happily skip ahead a few places when wanting to be served in the local store. In their culture, this isn’t the considered overly rude like it is back in England, so try not to go picking an argument the first time it happens.

Talking over one another

Having heard from expats that have made the move to Spain, the locals apparently have perfected the art of holding conversations over the top of one another. Obviously, with English being your mother tongue, it’s always going to take a while to adjust to the local dialogue, even if you are fluent; however the process will be made exponentially more difficult due to the fast speaking pace and numerous voices battling over the top of one another. Whilst the locals will have no issue with loud and overlapping voices, as a recent expat you’ll need to hone your skills before perfecting the art.

If you are thinking of making the bold move to Spain, make sure you check out our special dedicated section on our website.