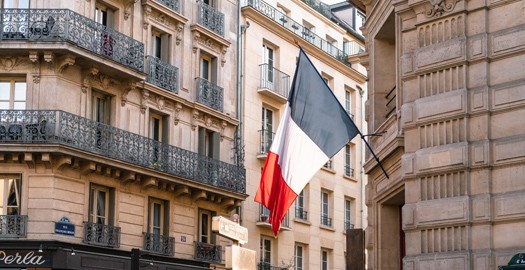 If you’re planning to up sticks and move to one of the most iconically romantic countries in the world, there’s a few cultural differences you’ll need to be aware of before taking the plunge and relocating for good. Don’t worry, we’ve put together a list of cultural quirks for you to examine before you make your decision.

One of the most significant French culture differences is the ‘Bise’ and will certainly take some getting used to. This is done the first and last time that you see someone in one meeting, and is usually performed in friendly, informal situations, although it can be done more formally too. Don’t be alarmed if someone you’ve never met before goes in for ‘la bise’, it’s completely normal to greet a new acquaintance this way in France. The amount of kisses is where it gets tricky and varies from two, three or four dependent on region, but once you’ve got it down you’ll blend in with the locals in no time.

You’re not an official French expat until you’ve partaken in the local delicacies and amazing traditional foods. With the French being renowned for their quintessential dishes of ‘escargot’ (snails) and ‘cuisses de grenouille’ (frogs’ legs), you’re certainly in for a sensory treat.   On a sweeter note, the French are perfectionists when it comes to desserts, with authentic ‘patisseries’ dotted around each village, you’ll never struggle to locate deliciously fresh croissants, juicy fruit tarts and fragrant macaroons.

French is the official language of France and although there are a number of other languages spoken across the country, this is their native tongue. The French are extremely proud of their language, so even as a new expat, it is a good idea to try to speak French as much as possible. Even if it’s just saying that you are not able to speak much French, it’s better than opting for the easy English option – they appreciate the effort.

When arriving in France, you will soon get used to the fact that schools, along with the vast majority of shops and offices in France will close between 12 noon and 2.00pm. This takes some adjusting to, as in the UK, we are notorious for rushing our lunch breaks – if we get one at all! This custom will demand that your day is well-structured to avoid the mad road rush that takes place on a day-to-day basis.

The French take healthcare very seriously and you certainly won’t struggle to locate a pharmacy in your local area. With numerous little green crosses in every town, you’ll never struggle to find medication if you’re unfortunate enough to come down with an illness.

If you’re planning a move to France, make sure you check out our dedicated page before moving, or if you’ve already had a taste of the diverse country why not let us know of your experiences in the comments section below.