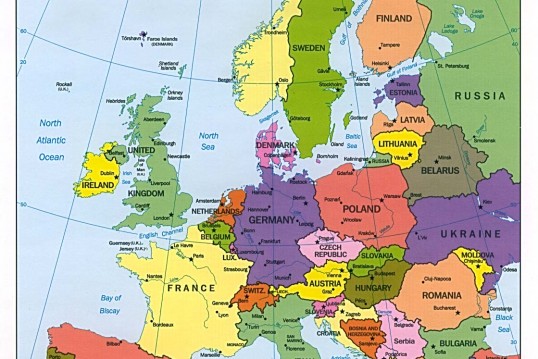 Why are people buying property abroad? At one time buying property abroad was considered something only the “well-off” did. However in recent years we have seen a rise in house sales overseas with buyers being everyone from retirees to first time buyers. At a
time when every penny counts people have realised that they could potentially get more for their money by moving abroad or even make themselves some money by buying property to rent out. Whether this be something that they do in order to get themselves on to the UK property ladder or if it is a nest egg for the future, more and more people are looking to the property market abroad.

What has happened to the housing market in the UK?

The boom in buying property abroad began with the fall of interest rates. People that were once planning to have a steady income from their savings in their retired years suddenly realised that this may not be the case. This teamed with the fact that future state pensions could be less, has made people look to investing in bricks and mortar. However thanks to the recession, the rise in cost of living and many people’s pay rises being frozen; property in the UK was not always an option. House prices hit a high in 2007 meaning that some Brits were priced out of the UK property market altogether.

However, soon after this banks began to move away from “easy lending” and things such as 100% mortgages; this meant house prices fell and market activity was at an all-time low. Due to the recession nobody wanted to sell and nobody wanted to lend. The only ones to benefit from this time were the people with disposable income that picked up properties for much less than their value.

The government did take a few measures to try and combat this such as the stamp duty holiday brought about in March 2010. This meant that first time buyers would not have to pay stamp duty between the value of £125,000 and £250,000; although there has been some speculation that most first time buyers would not be spending this amount anyway.  There were also government schemes set up with the banks in order to get more people onto the property ladder. Schemes such as Funding for lending, which was launched by the Chancellor of the Exchequer around July 2012, meant that banks could borrow money cheaply as long as this was then used to help businesses and individuals. Whether this has actually lead to an increase in the mortgage market is still unclear.

How can buying abroad benefit me?

As a first time buyer it can seem that your dream of owning your own home in the UK is getting further and further away from you. If you are trying to save for a deposit it can take longer than ever as interest rates are not substantial enough to make a big difference and the average deposit required for a mortgage is around 10% – 25%. Many first time buyers look to buy abroad, not with the intention of actually living there but just getting themselves on to the property ladder. You could potentially buy a decent sized property abroad for half of the cost of the UK and this can then be rented out for a few years until you are ready to sell and put that equity towards a home in the UK.

However first time buyers are not the only ones who can benefit from owning property abroad; it is also something that could potentially make retired people better off. Rather than investing in the stock market or leaving money in dormant savings accounts people who are retired could invest in the property market and either own property abroad to rent out and live on the income or even move there and enjoy a better standard of living. New research has said that pensioners could live much cheaper in “better value” countries such as Malaysia, Panama and Mexico.

Investing in property abroad can also benefit families as those who may struggle in the UK could move somewhere where they get more square feet for their money. There would be many factors to consider but there is the possibility of cheaper living expenses and a larger home for a growing family and it is certainly something that people in today’s economic climate should consider if they have the means to do so.

Here is a list of some of the best places in the world to live in 2013, a few of the top picks are:

2.     Argentina – some of the most affordable living costs in the world.

What to look out for?

Don’t be fooled into thinking that buying property abroad is simple, it isn’t. There are many things that you need to take into consideration before deciding to take the plunge. When looking at buying property abroad be sure to get at least three independent valuations of the property and take the average from these, this will ensure that you are not paying too much. It is also very important that if you do not speak the language that you hire someone who can look over your contract. Do not sign anything in a foreign language that you have not had translated as any little loop holes could end up costing you big time.

Also, as simple as it sounds do not forget to work out all of the costs. If you see a property that is within your budget that’s great, but don’t forget about all of the costs involved. Check out the buying process in that country as it is different all over the world and you don’t want any surprise hidden costs. There will also be solicitor’s fees as well as tax to be paid and the cost of any surveys involved. Then once the house is purchased do you need to factor in shipping your belongings abroad? It is best to make a list of every eventuality so that you can weigh up the pros and cons before you make an offe

Is it still worth it?

For a period buying property abroad was seen as a great investment particularly to those who had any disposable income. It was a way to invest in something that could give you a return until you decided it was time to move on and either use the funds to purchase yourself another property or you could even move into the property yourself.

House prices in the UK begun to fall towards the end of 2012 tempting people back to the UK housing market. Mortgage rates are also starting to look better for buyers but with a possible triple dip recession on the way it is anyone’s guess how long this will continue.

With the decline of the Euro buying property in Europe did become less desirable but there are still great deals to be had in places that perhaps you had not previously considered. As the market fluctuates it is all about research and deciding what is most important to you; the size of the house, the money you spend, the quality of life – there is a lot to think about.

Buying property abroad may not necessarily make you much better off financially than buying in the UK, however if you are someone that has savings and you are looking to invest do not disregard property abroad as it is a great opportunity for anyone with the means. You can invest in property, earn an income by renting it out and use it as a summer house for yourself. Buying property abroad can definitely be worth it but more so to those who already have the funds, if you are borrowing to buy the property you definitely need to research the market closely as you don’t want to end up paying more than you would in the UK.