Canadians continually on the move 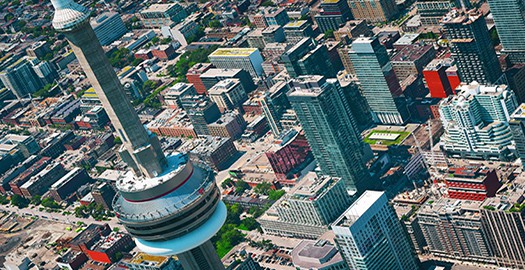 A new survey by Toronto-Dominion Bank has suggested that Canadian home buyers enjoy being on the move.

29 per cent of people surveyed said that retirement was one of the major factors to why they moved, and 16 per cent saying they are moving simply because they are bored of their current home. 51 per cent of respondents plan to move to a smaller home with 49 per cent will move to a larger home.

51 per cent of respondents further said that despite the fact they will downsize their home to escape a mortgage, the proceeds will not be enough to pay off their new home which further means they may have to take out another loan.

The survey found that Canadians are getting more conservative about taking on the debt with 83 per cent of respondents coming up as large a down payments as they can afford. 66 per cent plan to make accelerated payments to save on interest and 61 per cent said that they plan to choose a shorter amortization period.

“It is encouraging that the majority of Canadians are taking steps to save money on their mortgage,” says Farhaneh Haque, regional sales manager of mobile specialists, at TD Canada Trust. “I recommend that home buyers buy the house that fits their budget, not just their lifestyle. After all, if you buy a house that is too big for you to afford, you could be giving up that lifestyle just to pay it off.”

The survey was conducted by Environics Research Group from Aug 12-27 and is based on 1,000 completed surveys. All of the participants had either bought a home within the past 24 months, or do intend to purchase a home that is not their first home within the next 24 months

If you are looking for a removals company to assist you in moving abroad visit Robinsons today.