Canada seen as a positive move 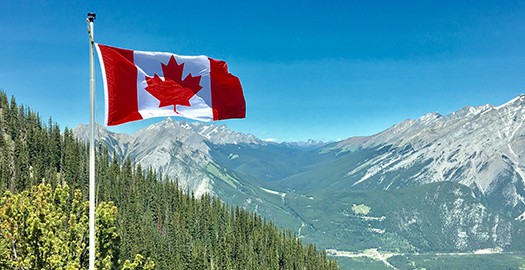 Canada is renowned for its immigration policy and is globally respected – even the UK has took a leaf out of their book about the way they handle authorities and manage migration.

For example, there is an annuak cap on skilled migration to Canada, there are incentives in place to encourage good distribution of immigrants across the nation, and there are policies in place to support the long-term success of migratory commitment.

These policies have had a positive effect in attracting good applicants, ensuring that the whole of Canada benefits from immigration, as well as migrants being supported in their transition too, making them far more likely to remain and become successfully integrated members of society who contribute positively to it.

In fact, Canada has survived the global economic financial downturn far better than many other leading nations recently, which may be a consequence of the overall success of their immigration programme.

While Canada has remained stable through the economic meltdown, it has not boomed or gone bust so it remains a very popular destination choice for would-be-expatriates. If you having been thinking about a move abroad and have considered Canada as an option, some good news has been released which could just sway your decision.

A leading expert has suggested that Canada needs more expats….

Canada is a strong nation, but because of its relatively large size compared to its relatively small population, one expert has suggested that if it expanded its immigration policy and attracted mre high-grade, highly skilled migrants, Canada could become even more of a dominant figure on the world stage.

An essay in GlobalBrief magazine – a commentary publication on World affairs in the 21st Century – Irvin Studin, a professor at the University of Toronto, has suggested that Canada could advance its migration patterns extensively and create a much stronger country and society as a result.

At present, Canada has a population of about 33.3 million, however, according to Professor Studin, if it advanced its immigration by about 20 per cent by 2080 it could reach the 100 million  mark and be a globally more powerful nation in terms of its output, economic standing and influence.

By expanding its immigration policy, the professor has said that Canada will economically do well because the tax revenue earned from such a population boost would of course enable the nation incredibly.

Little comment has been made about how Canadian citizens would feel about these changes and what’s more where jobs would be created to result in demand for a population booster of this magnitude.

Many people made comment of the Professors opinions with the attitude of ‘if it ain’t broke then don’t fix it.’

Still there is room for plenty of discussion and consideration however at present the doors are still open for people wanting to emigrate to Canada and no one is suggesting that they need to shut their doors to limit the number of successful and skilled migrants its welcomes annually.

If you need help with the packing and shipping of your personal belongings for a move to Canada or any other international move, then make sure that you speak to Robinsons removals today. The team are expert in international removals and can relieve the stresses that come with a big move abroad.