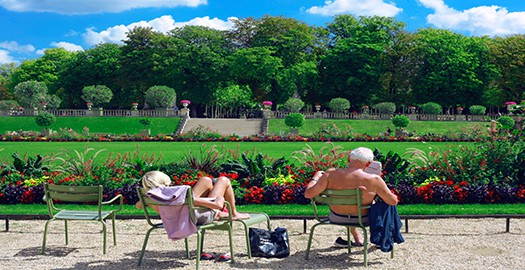 Britons are the least likely to retire at home.

A new survey found that more than half of British citizens plan to move out of the UK in favour of a sunnier climate.

Just 43 per cent of Britons consider the UK as a desired retirement location, according to Aon Consulting’s survey of more than 7,500 European workers. 87 per cent of Spanish workers plan to retire in their home country, followed by a further 81 per cent of French workers. British retirees said that Spain was their firm favourite when picking a country to retire too. In second place came the US, with Australiasia and France filling the next two places.

“Not surprisingly, most people want to spend their retirements predominantly in countries with good weather and good social and government benefits, and ideally close enough so they can get home quickly if they need to,” says Oliver Rowlands, head of retirements at Aon Consulting.

“Expats in Spain, thanks mainly to the weakness of the sterling against the Euro but also the relatively high rate of inflation there, lost a third of their income in 18 months already,” said Steve Laird from independent financial advisor (IFA) Carrington Wealth Management. Some experts suggest that leaving money in the UK, and then considering using a forwarding contract from a specialist currency broker such as Travelex, Currencies Direct and HIFX to fix at a more attractive rate later on.

Opening a bank account as early as possible in your new destination is advised. You will find that you will have to pay for a bank account abroad. “European banking is more bureaucratic and more expensive than the UK. Expect to pay a fee for almost every transaction – pay money in, taking money out. Each direct debit will also incur a small fee,” says Lorreine Kennedy for IFA Carematters.

It is very important that you check every aspect of your move abroad. From the finances to the taxation, to the property as well as the environment and place you will be living.