Where are British expats moving to and why? 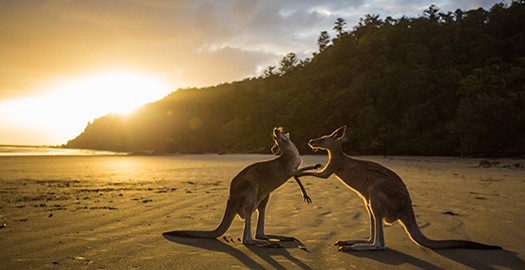 Moving abroad is common practice amongst Britons nowadays with almost 1 in every 10 Brits choosing to live abroad. The reasons for this may differ, whether it be work, relationships or a better standard of living but there is no denying the fact that it is something a lot of Brits are now considering. Whilst there has been an increase in Brits moving abroad the places that they are moving to haven’t actually differed in around 20 years.

The top five destinations for British people to move to have remained the same for two decades and even though the UK economy has gotten slightly better this figure is still rising.  Here is a list of the top five places that British people are flocking to:

No prizes for guessing that Australia is number one. Australia has been a popular destination for British people for a long time and even though it can be tricky to get into, with visas and such, this is part of its appeal. There is a sort exclusivity that goes hand in hand with living in Australia and if you have been granted a visa you are part of an elite group. The other main attraction is obviously the fact that they speak English. You get all of the benefits of being abroad without having to even attempt to learn another language. Of course Australia also boasts some of the best beaches in the world, so this may have something to do with the attraction. Australia will no doubt remain a firm favourite with British expats for a long time to come.

The United States offers a wide variety of cultures. You can literally feel like you’re in a different Country just in different areas of New York City. For anyone that is looking for a culturally diverse environment that is constantly changing this is the place for you. America is perceived as the land of opportunity and many Brits move there in the hopes of pursuing a new career path. Whether that be for a job they have already secured or to look for internships and placements once they arrive. There is a real sense of achievement for Brits who manage to successfully emigrate to the USA and just like Australia; there is no language barrier to overcome.

One of Spain’s big appeals to us Brits is that it is not too far away. Unlike some of the other destinations such as Australia or the US, Spain is a nice short plane ride away and means that those with a lot of close family and friends needn’t feel too far away from their loved ones. Spain provides you with the lifestyle that you want without having to completely give up home. There is also the fact that for a lot of British people Spain contains memories of holidays there. It has good food, nightlife, culture and depending on what you’re looking for there are tourist areas or you can immerse yourself in the local culture. Spain is also a popular destination for British people to retire with it being estimated that over 30% of British people now retire there.

According to Brits one of the allures of Canada is the distinctive seasons. As the seasons in the UK can sometimes seem non-existent British people are craving a hot summer and a snowy winter. This is one thing that Canada boasts as well as some beautiful scenery. It is also thought that British people perceive the culture in Canada to be more “wholesome” than that in the Britain with reports saying that British people are tired of rising crime rates and yob culture. There is also beautiful scenery and a lot of wide open spaces which is a big appeal to those who are used to living in congested areas such as London.

This one might be a little surprising to hear, but there is a large proportion of British people moving to Ireland. When you think about it, it’s easy to see why as Ireland is only a short trip away and no need to learn a new language. If you are looking for beautiful views and acres of greenery this could be the place for you. Ireland offers the distance you want to gain from moving without the long journeys should you want to return. There is also the fact that you don’t need a visa in order to move there something that can make a big difference to Brits when deciding where to relocate.

So what is it that is persuading more and more Brits to take the plunge? Yes the allure of the foreign country is obvious, the sun, the culture but there is more at play than just this. It seems that the current economic climate of the UK has had the biggest impact on Brits with a survey showing that around 48% of Brits now want to get out of the UK. Whilst things such as the recession are obviously large contributing factors the main reason seems to be the younger generations, with 59% of Brits believing that the quality of life their children have is worse than that they had themselves. Parents in the UK are worried that their children are not receiving a good education and that the culture amongst young people can lead their children into crime. With this in mind they are looking to move to countries with what they consider to be a better quality of life for themselves and their families. Whether this is somewhere close to home or halfway across the world the standard of living seems to be the major deciding factor for Brits on the move.