How to avoid the language barrier 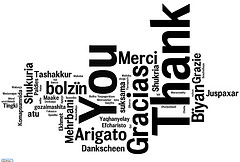 Whether you’re upping sticks and moving to a non English speaking nation, or even if you’re going somewhere that you need to get your head around the local twang, the language barrier is one additional problem you can do without. If you’re looking into a new home destination, but are worried about settling in and handling the language change, we’ve got some tips for you.

Obviously, if you’re in an English speaking country, you shouldn’t have too many problems, however if you find the locals are struggling with your accent, simply slow down your speaking speed. Focus on the tempo, and try to make sure you speak clearly and without too much accent.

It’s much tougher if you’re in a foreign speaking nation and are yet to be fluent in the language, however if you get caught up in a social situation where you’re struggling to converse, all is not lost. Whilst English may not be the mother tongue in many countries, some nations are raised learning the language from an early age. In the likes of Scandinavia, English is commonly spoken as a second language, so should you run into trouble conversely, try and communicate slowly in English.

If you’re not fully sure on what has been said, don’t be scared to ask them to clarify themselves. As a novice speaker of a language, you may not be quite accustomed to the quickness of some spoken languages. Spaniards for example, speak with a quick tempo, and even with a good knowledge of the language it can be hard to get accustomed to the speed of speech. Avoid assuming what has been said as you could end up not getting the correct answer, so always act on the side of caution and explain your situation when asking someone to clarify what they’re saying.

Frequently check there is mutual understanding

Make sure you understood what has been said and that they have to.

Practicing reflective listening (e.g. “so what you’re saying is that …”) as it is useful for improving clarity and mutual understanding.

Use open-ended questions to double check other people’s understanding.

This may seem simple, however it’s surprising just how often you fall back into old habits and incorporate local phraseology in your everyday dialogue. Slang words and phrases should be avoided at all costs, as they won’t be understood and could alienate you in social situations. Everyone makes mistakes and slips up from time to time, however be conscious in social situations.

Try to realise that cross-cultural communication takes time, and is very difficult at times for people involved. If you’re learning a new language, it takes time, and you should make an effort to test yourself in situations that are out of your comfort zone. Don’t get frustrated at slow progress, and make sure you keep going with it. Challenge yourself and it won’t be long until you’re reaping the rewards of your hard work.