The Luckiest Pom in the World – six months on 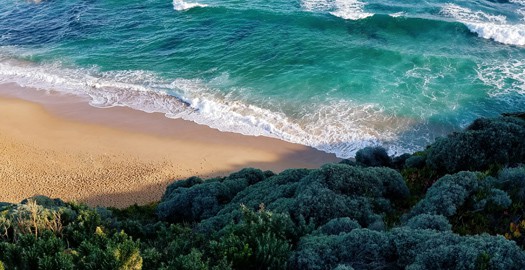 Ben Southall made headlines around the world when he scooped the “Best Job in the World” competition organized by Tourism Queensland, to become caretaker to the islands of the Great Barrier Reef. Ben beat 34,000 rivals from over 200 different countries for the position, and called in the overseas removals to begin his job last July.

Ben’s prize-winning role involves various responsibilities. “The job really is acting as an ambassador for Tourism Queensland. My main focus is having all of these wonderful experiences and writing about them in my blog.” Other responsibilities include speaking at corporate events and meeting members of parliament and tourism officials to discuss the campaign.

He has also been photographed for Aussie Bum surf clothing and participated in a live interview while diving in an aquarium for UK TV.

So far he has become an advanced diver, watched whales swim past his house; sailed and kayaked around the Whitsunday islands, met koalas, been diving with sharks, raced cars, ran the ‘Whitsunday Great Walk,’ a 28km undulating track through the forest finishing in Airlie Beach, and he’s now training for the Hamilton Island Triathlon at the end of November.

“It’s all great fun!” Ben insists. “My job is very busy, more so than anyone thought it would be, but I like that. I’m not the sort of person who can sit still anyway, so it fits me perfectly. Other people might find it too busy, though.