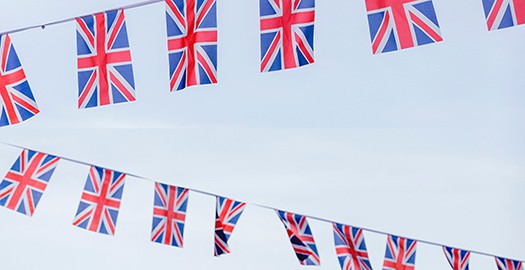 Studies have indicated beforehand the reasons why Brits sell up and move overseas but latest research has revealed the ins and outs of why the British don’t move abroad.

A survey by Aviva UK Health has shown the top 10 motives for not relocating to a foreign country. The top instigators for families to stay put were British sense of humour, favourite TV shows and the nation’s food and drink.

The main finding was leaving friends and family, which was the ultimate obstacle to emigration with almost 75% of people wary of change.

The second core reason was British culture and its importance on our daily lives; 43% of those surveyed confessed they would miss their favourite TV show.

And the third essential motive of remaining living in the UK was the British sense of humour, which ranked highly with 39% of interviewees fearful of missing out on national wit.

Shortly following the results with 38% was the craving for British food and drink such as the infamous English Breakfast grub. This corresponds with news that Cheryl Cole flew out British tea bags for her stay in Los Angeles during her stint on America’s X Factor, to make it feel more homely.

In fifth place with 34% was that Brits would miss the NHS if they moved abroad.

So, if you want to move home but stay in the country then use Robinsons International as your expert Removals firm.