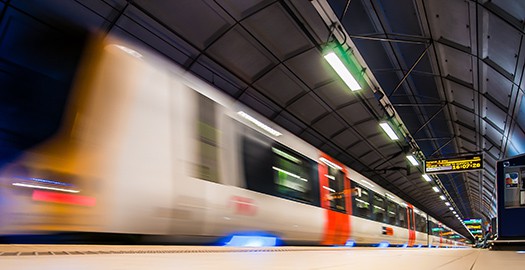 George Osborne has announced new transport initiatives to boost a number of living locations in the UK.

The Chancellor said in his Autumn Statement that 35 rail and road schemes will be launched in North Cambridge, North Bucks/Oxfordshire and Battersea, South London which is great news for the housing market and might even increase local house prices.

The new or improved transport infrastructure can make a significant difference to house owners and house hunters because if it is easier to commute to a nearby city, a house for sale may become more valuable. Location is key when it comes to buying a property and if the travel is eased, the home may be more sought-after.

And if improvements are made to certain roads, certain employment hotspots can be enhanced.

The Chancellor has promised support in Cambridge to the A14 and there are hopes for North Buckinghamshire and North Oxfordshire. There is a proposed East-West train link from Cambridge to Oxford and beyond via Milton Keynes and Bedford.

What is more, there is the projected HS2, a controversial high-speed line that will cut a swathe past Aylesbury and to the west of Buckingham to Birmingham and beyond. Winslow has also wished-for a stop.

If you are fortunate enough to entice bidders for your house that is on the market, due to the suggested rail and road schemes, make sure you hire expert removals services from the professionals Robinsons UK International Movers.

Or if you are looking for a property to buy and have found one that has great accessibility to commute to work, contact Robinsons UK and International Removals today and let us help you from the very beginning of the removals process to ease all the pressure and strain!