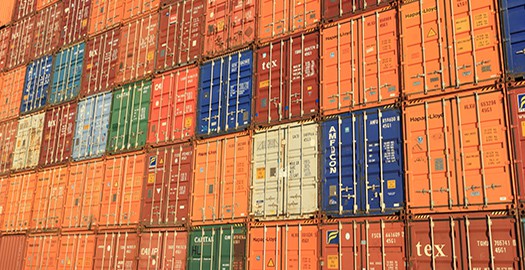 The world’s first ‘pop up’ shopping centre opened its doors to the public at the weekend.

Boxpark is not your average shopping centre as it is built entirely from recycled shipping container.

The latest retail park in East London is made from 60 steel shipping crates which are stacked two stories high and five rows wide. It took a year to finish and has a temporary lease of five years. It is planned that after the lease expires, the park will move to another part of the country and return the land back to its owners.

Despite its unusual structure, the centre was filled with flocks of people Christmas shopping when it commenced trading. And the retail park even attracted some celebrities including rapper Dizzee Rascal.

British entrepreneur Roger Wade is reportedly behind the unique creation and has said that the containers have a strong symbolism. He also claims that it is the most environmentally friendly shopping centre ever built.

He told CNN: “When I first started out selling clothes on a market stall, I dreamed of the day I’d be shipping my wares off to Hong Kong inside one of these.

“Now I think it’s fitting that something so closely associated with global trade has ended up itself as a shop.”

Here at Robinsons International, we recently wrote a post about shipping containers being used for other purposes and to build a retirement home in Canada. The family created their own house out of several shipping containers and just like the latest retail park in London; the crates are economically sound and structurally practical.