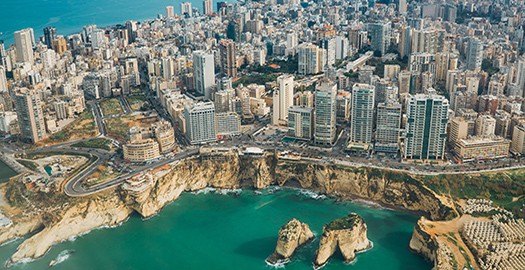 We wrote in a previous blog post about the World’s cleanest cities you could possible move to, to live in a spic and span environment but what about the places that are the raciest, sensual and most romantic?

The criteria to what actually makes a city sexy is a puzzling one; a location that has special places that make people feel alive, picturesque scenes that pull on heart’s strings and an area that has an aura about it that makes people fall in love.

The most obvious idealistic and dreamy capitals are Paris, Rome and Venice but what other locations are ranked as the World’s sexist cities you could move to with an International Removals firm?

Often said to be a place of magic, the city is enticing, gain, scarred, beautiful, complex and exciting. With serene outdoor cafes to eat and talk in, bold nightlife, sea front, smoking water pipes and skiing opportunities, it has a zest for life.

It can be understood why this city is romantic from its beautiful harbour to stroll around and sandy beaches to check out buffed surfer bodies, cyclists and body-builders. With fine-dining establishments and sand-between-your-toes cafes, it is renowned to satisfy any culinary lusts.

The home town of the great Latin American novelist Gabriel García Márquez, ghosts are said to still lurk in the convents and in the 1th century city walls. An atmosphere of sultry, melancholic mystery seduces the visitor alongside salsa bars for couples to get hot and steamy in.

Awarded as European Capital of Culture 2010 the city sizzles with excitement and hits all your sense at one with aromatic spices and beautiful mosques. It is also home to the biggest cathedral in the world a millennium ago and has a sophisticated feel of east-meets-west aura.

This city is hard to beat in the sexy stakes, with samba dance parties on the streets and women and men dressed down in bikinis and speedos on the beach. Its talents for rhythm and exhibitionism come to a head every year at Carnival, that annual exuberant parade of posturing and swing. Sensual samba and cocktails swigged at beach bars warm up the celebrations.

A modern medieval mystique city with story-tellers, snake-charmers and fire-eaters this city is dazzling with fortune-tellers and dancers.

Reportedly seductive during snow flurries or the White Nights of June when the sun never sets, the city has chic bars full of oysters, caviar and chilled vodka.

The most well-known city of love; Paris has elegant gardens, the Eiffel Tower and cosy cafes. Take a romantic stroll with your partner through archways and picturesque squares or propose in the Jardin du Palais Royal or Canal St Martin.

The Californian cool city has plenty of spots to fall in love, from the Hollywood Hills to hot shot parties.

Barcelona is a laidback Mediterranean metropolis that balances a creative buzz and the hum of happiness. Parties, tapas bars, sea promenades make this city have a sexy guise.

Apparently, the city is ranked sexy due to the exciting clash between the old and the new. In some parts of Shanghai old pockets still exist, with sights of card playing and kite flying. There’s an ornamental lake and quaint tea houses and dainty gardens.

Elsewhere though, it is more like New York with hip skyscraper nightlife scenes, pulsating bars and clubs and fashionista stores. The anarchic atmosphere is exemplified where you can buy a snake-infused alternative Viagra.

Las Vegas is the entire buzz with Venetian gondolas, behind-the-scenes sexiness, star-filled lights and availability of wedding chapels. Gambling has a part to play in the naughtiness of the desert and it is said it is transitioning from a pure sin city of drugs, gambling, booze and sex to a more refined sexy city, with less sleaze and more high-end entertainment.

Venice is the city most often referred to when it comes to romance with its canal boats and nostalgia.  Yes it is sinking but you can watch the sun set and witness its peaceful serenity at night. Take a gondola ride and enjoy the fine food.